Though it may not show up on many calendars, June 18th is International Picnic Day, and we’re celebrating because it combines two things that Divina is very passionate about; building and strengthening communities through shared meals, and preserving nature and public spaces to be enjoyed by everyone.

It’s safe to say that people have been eating outdoors for as long as there has been people and food to eat, but the word “picnic” didn’t come into use until late in the 17th century, initially being written as pique-nique in its native French. The term is believed to have originally referred to the custom of dining with a group at a restaurant while bringing your own wine. The act of eating a seated, elegant meal outside amongst company however, dates back to the middle ages when the practice of hunting would regularly involve such respites. At some point the shared element of “bringing your own food/drink” linked the word picnic with a meal set in nature. 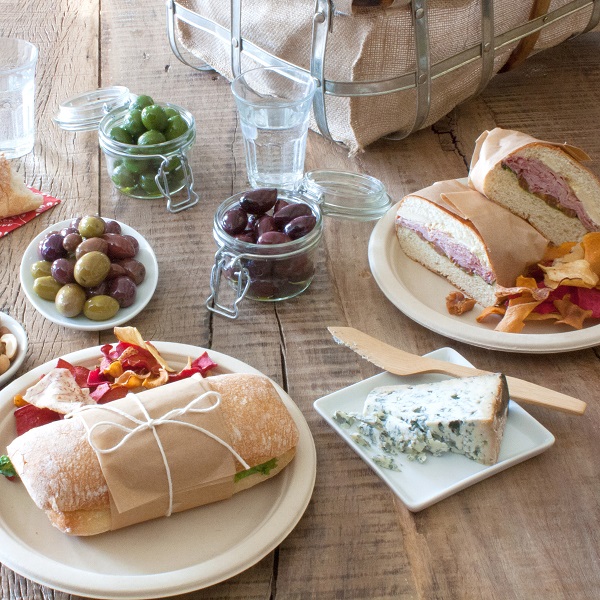 Since, then picnics have been an important tradition used for social and even political progress. After the French Revolution, royal parks became open to the public for the first time. Picnicking in the parks became popular as a way for common people to demonstrate their newly enfranchised status. Bastille Day is still the most popular day for a picnic in France, much like the 4th of July is in the United States. Today, we picnic to celebrate holidays, host outdoor events like concerts or games, or just to enjoy the weather. It is simplicity and accessibility that make a picnic so charming

In the spirit of enjoying simple, authentic food in a beautiful natural space, you can bring just about any Divina product on your next outing, whether it’s a jar of easy to share Kalamatas, or roasted red tomatoes with mozzarella on fresh bread. However you celebrate, have a happy picnic day and enjoy your outdoor dining!

Eat This Not That - Salad Edition