Within the United States, Cinco de Mayo can be a problematic holiday. For starters, while the festival has come to celebrate Mexican heritage and culture, it is interestingly enough, a uniquely American tradition. To clarify, Cinco de Mayo or El Dia de la Batalla de Puebla is observed as a national holiday in Mexico- it’s just not exactly celebrated, similar to Labor Day or President’s Day in the US. And while it’s not always common knowledge amongst American celebrants, Cinco de Mayo is NOT Mexican Independence Day (that’s September 16th!). Historically May 5th commemorates a Mexican victory against an invading French force during the Second Franco-Mexican War. Though the holiday has changed much since its origins as a reminiscence of a military victory, it remains a proud celebration of Mexican identity and culture, and for our purposes it’s an excellent opportunity to partake in some of the country’s incredible cuisine. 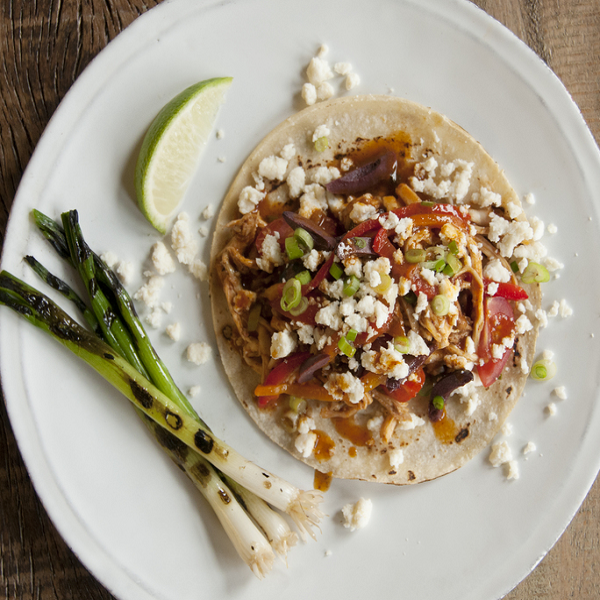 Recently FOODMatch’s social media director (and occasional office cook) Billea, demonstrated a simple, homemade taco recipe passed down through her family. Using some of Divina’s Mediterranean ingredients, like sliced Kalamatas and roasted red pepper strips, as well as a touch of Mama Lil’s Hungarian Goathorn Peppers to add diverse flavor to chicken mole tacos, she created an irresistible and visually stunning dish that had the whole office raving.

Though the fusion of Greek and Mexican flavors may seem novel, who hasn’t had nachos covered in sliced Greek black olives or noted the similarities between Feta and Cotija cheese. While Cinco de Mayo originally commemorated a victory over a foreign invading force, in America it has come to represent the acceptance and appreciation of a foreign culture, its ideas, traditions, and people. In food, as in life, the greatest triumphs often result from diverse influences and unexpected combinations. Happy Cinco de Mayo everyone!